Thank you for contacting us! You will be added to the Tastes & Talents email list. 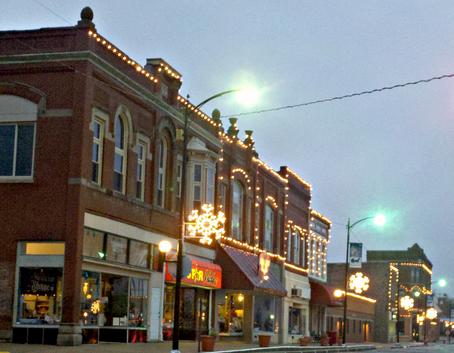 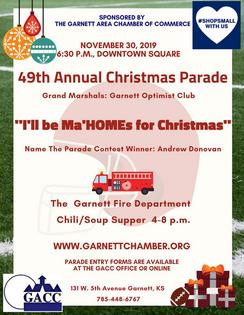 There is no place like Christmas in Garnett. Join us on the Downtown Square on the last Thursday of November for our Christmas Celebration. Help us countdown the lighting of the square and enjoy the highly anticipated Christmas Parade! Remember to stop by the Fire Station before and after the parade for their annual Chili & Soup Supper! Get your picture taken with Santa at the Fire Station, after the parade.

Does your family, organization, church or business want to participate in the parade? We welcome anyone into our parade for FREE! You do not have to have a float, walkers and car riders are welcome!

Special THANKS to the following sponsors and volunteers:

The City of Garnett

The Garnett Optimist Club was Chartered in 1983. Today, they have 22 members-4 of them are original members from when the club began.  The Optimists have many projects throughout the year including the following:

The money raised goes for three $500 scholarships for students. the scholarships are in memory of past members Bud White, Wayne Penn, and Ed Britton.

The Optimists cook burgers for the ACHS after prom event.

The Optimists cook burgers for the dance after promotion.

Day on the Farm

The Optimists work with Farm Bureau to provide a day on the Farm for grade school children.

The Optimists sponsor a student

The Optimist Members share one common trait. They know they can make a difference in the lives of others, especially the kids.

The Garnett Area Chamber of Commerce Congratulates the 2019 Grand Marshals-your work within our community and with our children hasn't gone unnoticed!

These are some members who go above and beyond for their customers! Support them by shopping local during Small Business Saturday! 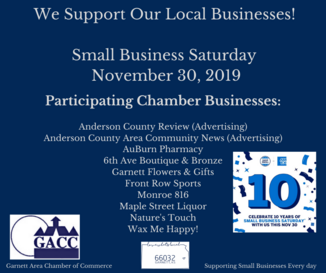 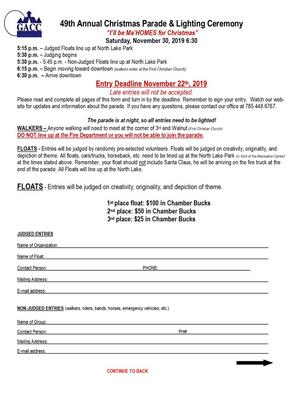 ​The last Saturday of November is a very busy time in Garnett. Chamber members participant in Small Business Saturday with specials and promotions. Then, that night is our Annual Christmas Parade and Downtown Lighting Ceremony.

Learn more below! If you can't find what you need, pleasecontact us.